As the rains continue to come, the Utilities Department in conjunction with Public Works staff is operating on 12-hour shifts to protect the public from flooding of streets, levees, creeks and canals. Utilities has 144 employees working the storm event at this time.

As of midnight, the City received .86″ inches of rain since 1/9.  We anticipate heavy rain today with showers continuing until Wednesday.  Creeks, canals, and levees are being monitored 24/7.  At this time, the water levels are steady. There is currently no risk to flooding. 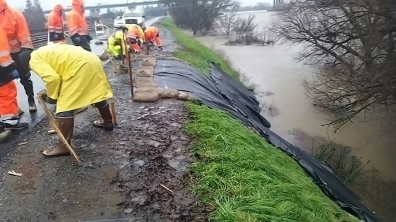 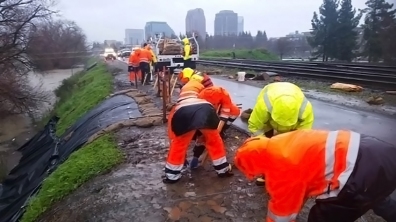 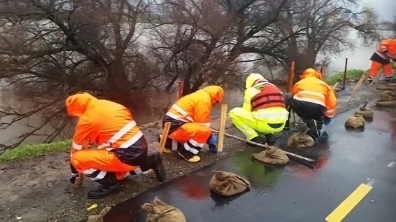 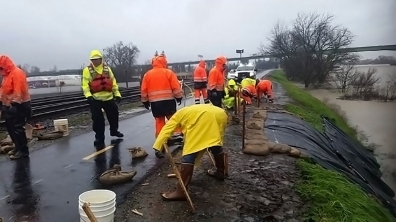 The City’s Department of Utilities staff is currently on the scene protecting a site where erosion has occurred on the Sacramento River levee by Pioneer Reservoir in the 2100 block of Front Street. The crew is currently adding a large 20′ envelope containing sandbags and rock to protect the site. The site was one of two that were spotted showing signs of erosion/sloughing overnight by a Utilities crew on patrol.

Pioneer Reservoir and the Combined Wastewater Treatment Plant are at full capacity.

The City is continuing to monitor any storm-related activity near the Golden 1 Arena and updating the Sacramento Kings of any potential traffic issues due to localized flooding.

Since midnight, Utilities has responded to 402 work orders.  311 has received 484 storm-related calls since 6 a.m. on January 7. 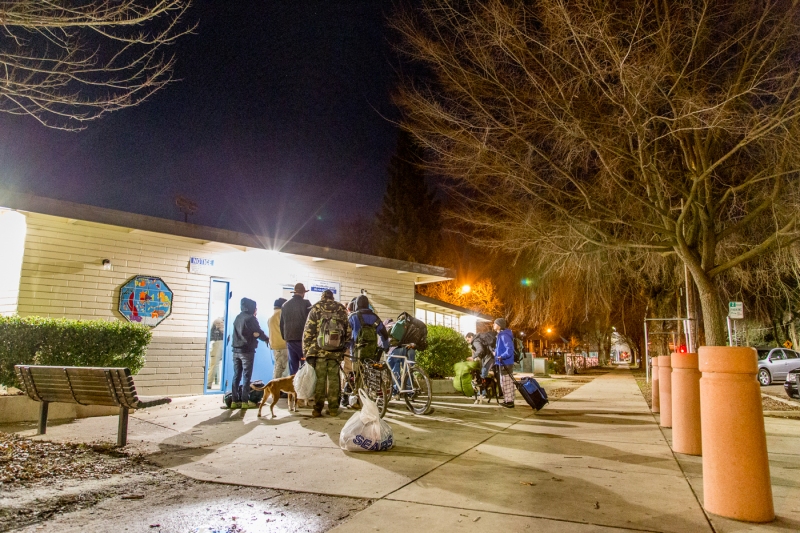 The City and County are also opening up South Side Park, 2107 6th Street, as a “weather refuge”,  Tuesday night, Jan. 10, from 6 p.m. to Wednesday at 6 a.m. The pool house will be open for those who need to come in from severe weather, similar to the opening of a warming center at South Side Park, when temperatures drop to 40 degrees or below.

While this opening is a first, the County and City are going to be establishing criteria for future openings, based on weather forecasts. The City will be supplying the facility and staff, and the County is assisting with supplies and coordination of resources with the City.

The City will continue to keep the public updated via City Express.